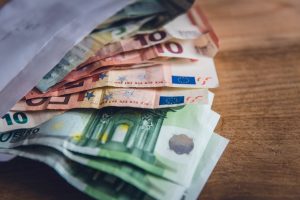 The first half of this year produced 25% more new start-up companies in Belgium than the same period in 2020, according to figures produced by Graydon for Unizo, the organisation for the self-employed.

“Apparently this year’s starters also include entrepreneurs who actually wanted to start last year, but then took a rain-check because of corona,” said Danny Van Assche, managing director of Unizo.

“But apart from that, it remains remarkable that so many candidates took the plunge, while we were certainly still in a full crisis during the first months of this year and we have only recently begun to crawl out of the valley.”

With increases of 27.71% and 27.09% percent respectively, Flanders and Wallonia recorded a significantly greater increase in the number of starters in the first half of 2020 compared to the Brussels region on 15.11%.

Bonus for a solar water heater

Returning to the workplace – Incentives and Belgian Law

Belgium has introduced a number of tax-friendly incentives around home working, some of them seemingly overlapping, so one would... read more

Post-pandemic hybrid work models should be carefully planned, taking into account individual and organisational needs. With the end of the... read more

The coronavirus pandemic continues to have a negative impact on the Belgian economy. Many businesses are experiencing difficulties due... read more

The unions approve social accord, albeit some reluctantly

The socialist, Christian, and liberal trade unions have voted to approve the social accord their representatives reached with the... read more

This site uses cookies to provide you with a more responsive and personalized service. By using this site you agree to our use of cookies. Please read our cookie notice for more information on the cookies we use and how to delete or block them.AcceptRead more